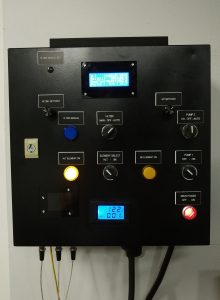 This electric brew panel design is being provided as an option only.  It is largely based on Kal’s panel design from The Electric Brewery; there are changes with the obvious change being that instead of the separate PID controllers, this panel design uses the Brewno Controller.  I originally designed and built this for my version 1 Brewno Controller;  I then modified it to work with my Brewno Controller Version 2.  Version 2 reduces the overall wiring, but as some of the routing is different, it’s not as clean on the front panel as I would like.  For example, there is a blanked out spot on the front that still says “MT Setpoint”.  Another example is the location of the rotary encoders; they are remote mount vs. PCB board mount.

There are a couple disclaimers on the drawings as well, but I’ll say again, if you are not comfortable and competent with electrical wiring you should enlist the help of a qualified electrician.  Electric brew panels typically run 220V which is more than enough to cause significant damage and even death.

Even for my own projects, I tend to do quite a bit of up front planning so that the execution goes as smooth as possible.  I like to minimize those “oh sh*t” moments.  For planning I created a wiring schematic, and Point to Point Termination drawings.  These are as-built now and I’m providing them here for your reference. 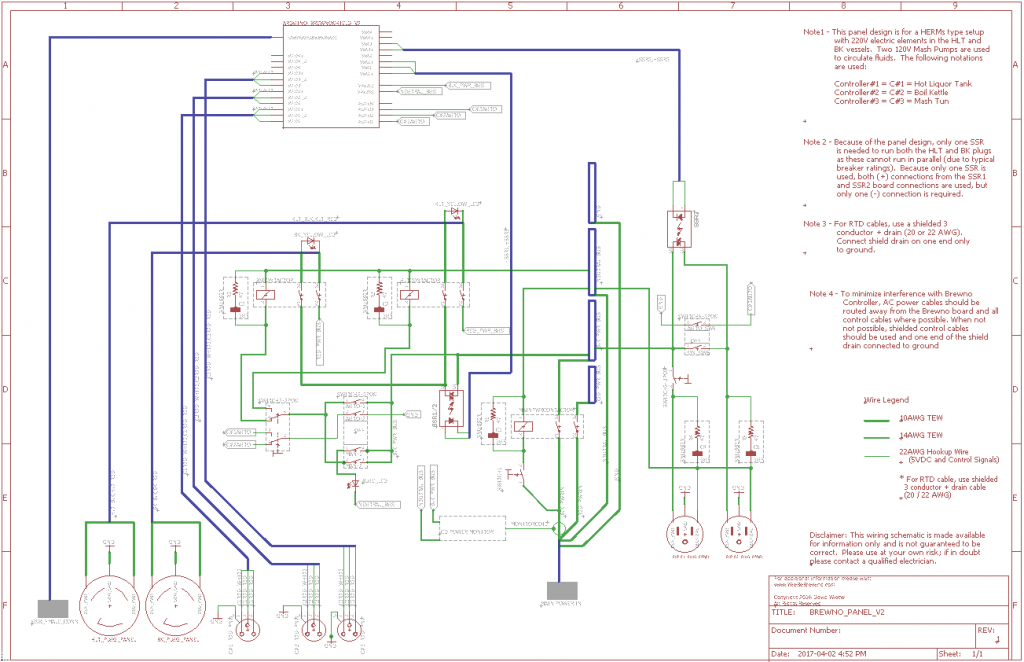 This is the wiring schematic for my electric brew panel.  Not much else to say here.  The full PDF can be downloaded from the Download section.  It is an as-built schematic but if you see any errors still, please do let me know. 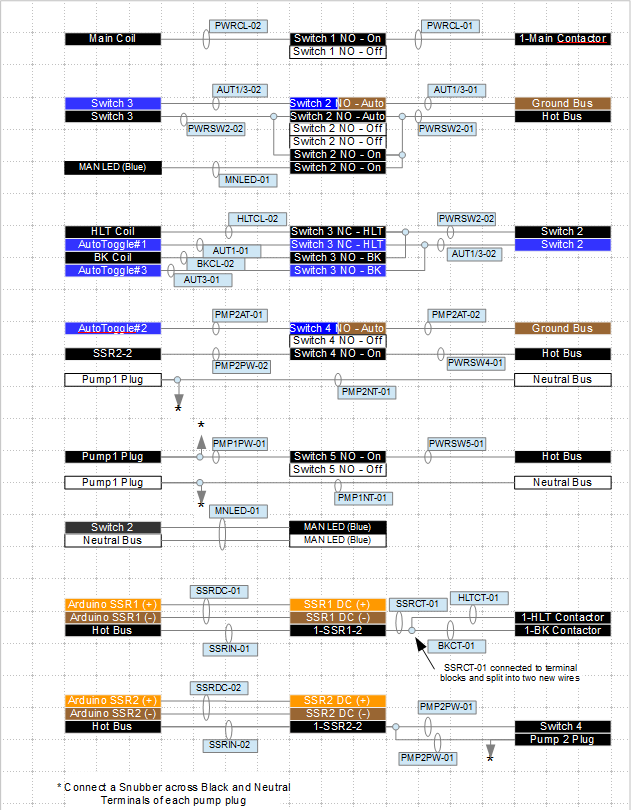 These might be new to you.  For me they are a life saver when wiring something like a control panel.  They are much easier to follow during the actual build and allow simple “yellow off” of what you’ve completed.  The full PDF can also be downloaded in the Download section.  Revision 1 of the termination drawings align with Revision 1 of the Schematic.  The termination drawings just have more detail.

There is not one right way to laying your electric brew panel out.  I will share how I did it though if it helps provide some inspiration.  I went with a DIN rail layout and plastic cable ducting (Panduit) as I find this is a much easier way to execute and results in a very clean install. 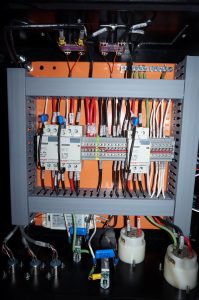 On the download page you  will find a 3D model which I used to layout my cut-outs and very roughly layout my DIN rail placement; note that the 3D model was originally done for my version 1 panel.  Thus the reason for the one extra 3/8″ hole that is not needed.  If you want to direct mount the rotary encoders to the Brewno Controller, you will need to relocate the two control knob holes.  To open the 3D model you will need SketchUp which is a free 3D modeling software owned by Google.  It’s a fantastic piece of software.  I use it for all sorts of projects especially wood working.  For building of the panel I added dimension labels to the model and printed out the views I needed and took it all with me to the garage.

I would recommend you physically test fit the internals.  The model really doesn’t cover the internal layout details.  Test fit the DIN rail, cable ducting and 220V plugs and SSRs as a minimum before you commit to an internal layout.  I had to adjust mine up a bit to avoid interference with the 220V plugs as an example.  Due to running low on panel space, I got a bit “creative” with the control GND bus bar mountings and glued (silicon) the plastic terminal blocks to the back of the panel door as you can see in the picture (just barely). 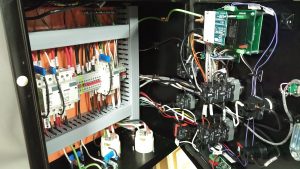 I thought it’s worth adding a quick note about the snubbers I have shown in my design.  My original panel did not have these, and the problem I ran into was that every time I switched a contactor or turned a pump off, my Brewno Controller would freeze.

My original panel also had a cheap 12VDC source mounted on the back pane and a long run of unshielded 12V cables running beside AC power cables before connecting to the Brewno Controller.  The root cause behind the freezing was that when inductive loads (ie. coils in the contactors and pumps) are switched off you get a large spike in the line voltage.  This voltage spike was being transferred to the Brewno Controller and caused it to malfunction.  Whether that voltage spike transfer is via induction into the long run of 12VDC cables, or through the AC/DC converter itself, I’m not sure.  One way to address these voltage spikes for inductive loads in AC power circuits is to use a RC snubber. 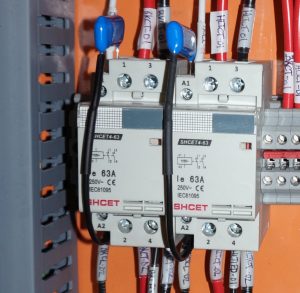 Basically this provides a buffer to absorb and dissipate the majority of the voltage spike.  This solved my original problem and another benefit is these snubbers extend the life of contactors as well.  Typical application has you install snubbers across the inductive load as close as possible to the inductive load. That’s what I’ve done.  These RC snubbers do add up in cost though.  I attempted sizing the snubbers and came up with the models listed in the BOM. Maybe these are overkill, maybe not, all I know is they work.

You could try some of the cheaper RC snubbers out there such as the one offered by Red Lion.  Alternatively, you can start out by trying to use the panel without any snubbers.  With version 2 of the Brewno Controller, the AC/DC converter is directly mounted to the board which eliminates the concern of transferring voltage spikes inductively into the 12VDC.  The AC/DC converter will still see the spike though on the upstream side; I’m not sure if it will transfer through to the DC side or not.  I’ve left my snubbers installed since I already bought them. 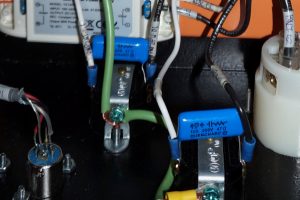